Jamari Davenport, 23, of Atlanta, pled guilty to the misdemeanor offense of Animal Cruelty in the State Court of Fulton County before a full courtroom late Monday morning. In a passionate presentation by veteran prosecutor, Senior Assistant Solicitor Laura Janssen, Judge Morrison viewed video police obtained from social media. The video showed the Defendant kicking a cat before a crowd at a neighborhood gas station on Martin Luther King, Jr. Drive in July, 2018. The cat lands on its back and runs away off camera after the violent kick from the Defendant. While the cat was never located and it’s injuries unknown, experts opine that the cat was struck and hit the ground with such force as to have lethal consequences.

“A predictor of violence against people is the cruel and violent acts against defenseless animals” says Solicitor Keith Gammage, who pledged ‘zero tolerance’ on those that abuse animals. “The judge’s sentence speaks to the value of life and against killing for sport or entertainment. This conviction is a victory for the animal kingdom and mankind.” During sentencing, Judge Morrison denounced the defendant’s act as “performative violence done for an audience” and summarized the act as “deadly force,” warranting jail time. The defendant was immediately taken into custody to begin his sentence amidst family and supporters. In addition to 6 months in custody, the defendant was ordered to complete 240 hours of community service, none of which could be performed at locations with animals or children.

Atlanta Police Department’s Animal Cruelty Unit is credited with locating the offender from the viral video. Through internet sleuthing, APD was able to develop a suspect and bring charges to prosecutors. Atlanta’s Humane Society provided expert testimony and criminality indicators associated with animal abusers and worked closely with prosecutors to recommend that the defendant not have further contact with animals or children. Special thanks to Judge Morrison, Atlanta Police Department, Georgia Animal Rights & Protection (GARP), and the community of animal advocates that support justice for Fulton’s animals.

Media inquiries can be directed to the Office of the Solicitor General, Kenya Johnson at 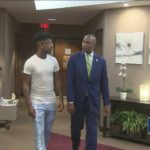 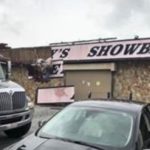 Next:
Riley’s Nude Showbar signs removed from side of Atlanta roadway